skip to main | skip to sidebar

spring is almost about to get here.
and here's what i have to get done before its too late.

i'm doing the cover art for the next SUZUKI JUNZO  LP, called 'shark infested custard'  (named after the charles willeford thing), which will be on Nod & Smile records. Junzo is such a good sweet dude and i'm honored to do yet another thing with him. and this bunch of songs is definitely my favorite yet from him. its totally psyched out and cool as...
its going to be a beautiful silkscreened print and each cover will be lovingly pulled by the punkers at xLVACx printing. 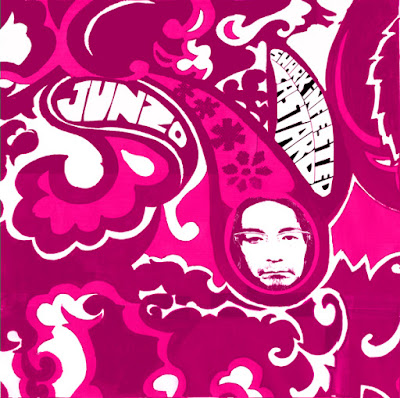 i made a crew shirt for my coworkers on season 2 of Marvel's Daredevil, which was a fun job to spend half a year on....this was also screened by the cool dudes over at xLVACx...
and yeah thats me. how bout my hair though? i know right? 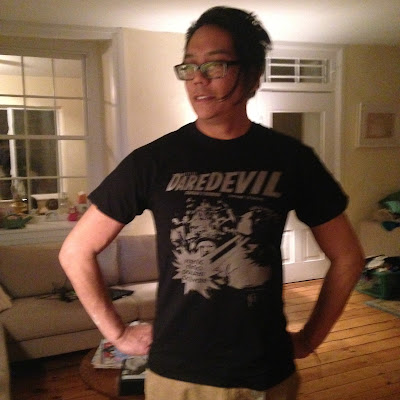 
go to instagram and follow encyclopedia_of_future_angels (yeah, dumb name), cuz its just photos of the doodles that have been littering up my studios, livingrooms, kitchens, attics, bedrooms, studies and bookshelves for years. once photographed i guess they can be burned in the bonfire pit or shoved into old suitcases.
eventually the hundreds of thousands doodles will get stuck together into a book on american typewriter. some day.... 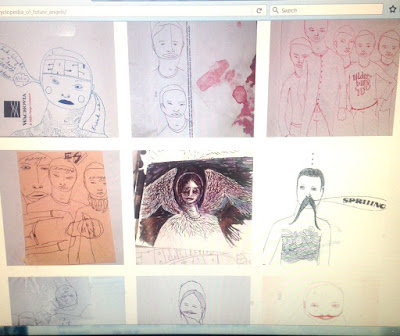 pretty soon (yeah right...) i'm going to start to finally prepare Mike Rimm's collected short stories for publication on American Type:Writer Press. its been so long in the making. and i'm not even sure if mike is even finished editting and working out his stories cuz i havent talked with or seen him since the solstice spiral ritual at wideass back in decemmber, but i really really want to get the thing out there. a lot of people are dying to finally have a little bit of mike rimm in their pocket, in book form. seriously. and i am confident that the stories are all going to be fucking great. and beautiful. he's an awesome dude and an inspiration.
after mike's book gets to the printer i will start getting Gil Riley's little art book together. that one is going to be amazing. she is an angel and a visionary. get stoked.
then after her book comes out i want to finally put out the Hal Glance books. Hal Glance is the psuedonym or nom de plume or nom de guere of Rex Flakey, who is the wizard in front of the curtain that's held mysteriously by Shaun MacNally of CROP CIRCLE & THE STEEDS fame. yet another visionary, with both the words and the visuals. ...

and while all thats happening i'm going to be sailing away to either the Canary Islands or the Azores, after hopefully having read some of my writing in cool spots in Lisbon with Helena from ESPERS, etc, and hopefully with tara FUSAXA too. i hope we can make that happen! i want to read some of the story i've been working on which is about a talking seagull and the runaways whom she helps to comandeer a giant chinese cargo ship
. OMG i hope these readings come to fruition and we can all do that. and hit some other countries too this time.  fuck, maybe i'll never come back.
Posted by theeasysubcult at 10:58 AM No comments:

LOOK AT THESE JAWNS